Songs That Saved My Life Is A Life Saving Album 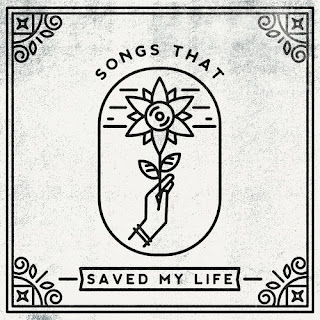 Hopeless Records is at it again with creating amazing music. This time it is not an individual band but a collection of some of their bands covering songs that played a huge part in their lives. This album is not just about showcasing some AMAZING covers it is also to benefit mental health and suicide prevention charities. This is a very important cause to me so please check the cause out at https://www.songsthatsavedmylife.com/.

The album is just simply PERFECT. You can tell every band really cares about this project and the song that they cover. The very first song on the album is Neck Deep covering Torn. Neck Deep can do no wrong and it holds up in this case. They take the song and make it their own yet it still carries the same power that the original has, if that makes any sense at all. This was a great way to start off the album and it only gets better from there. Losing My Religion follows by Movements. This is another solid cover and it's more like the original than Movements taking it as their own. Another highlight of the album is Stand Atlantic's version of Your Graduation. This might be my person favorite and not because of how big of a Stand Atlantic fan I am, but Your Graduation is really one of my favorite songs from High School. Stand Atlantic translates it into their very powerful sound and it just sounds like it was meant to be. One last highlight of the album has to be Taking Back Sunday and their cover of Bullet With Butterfly Wings. This is a close second with Stand Atlantic's song just for the soul reason it was almost like Taking Back Sunday's sound was purely supposed to be a 90's alternative band, they did an amazing job.

Even though I did not go over every single song, I totally recommend giving the entire thing a listen. Very few albums these days make me listen to them all the way through little lone multiple time through. This is one of the exceptions.