Gerard Way Gives Us A Nice Present This Holiday Season 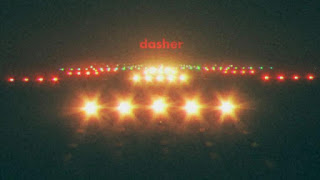 On the rise to radio yet again, former My Chemical Romance front man, and successful comic book writer Gerard Way has released another single, Dasher (featuring Lydia Night) just in time for the holidays. The nearly five-minute track has Way’s instantly recognizable voice, and yet also maintains a new crisp sound for him that I was certainly not expecting. As a fan of My Chemical Romance, Dasher opened my eyes even more to just how versatile Gerard Way is as a performer, and it has me looking forward to what he has in store for the future.

If you were to listen to the song at face value, you may not realize it, but Dasher is indeed actually a Christmas song. In a statement released by Way himself, it was stated that the song is about a girl who falls in love with a reindeer and that, “The reindeer thinks she’s pretty great too. They have adventures, they talk about life. The song is also about the magic sometimes hidden in the mundane.” In the music video, light up reindeer decorations are show throughout houses and building while the camera pans through the skies, to give a glimpse of what Santa’s reindeer might see.

Dasher may not be exactly what I’ve come to expect when hearing Gerard Way’s name come up, but it’s a welcome addition to his discography, and a very welcome addition to my rotation of non-repetitive Christmas songs. After releasing three singles in the past 2 months alone, (Baby You’re A Haunted House, Getting Down the Germs, and now Dasher), I’m intrigued to see where Way will take his music next. A live action Netflix adaptation of Way’s comic book series, The Umbrella Academy, is also set to be released in February 2019, with the first trailer releasing last week.

Posted by Punkstrblog at 9:12 AM