Judah & The Lion Give The World A Pep Talk 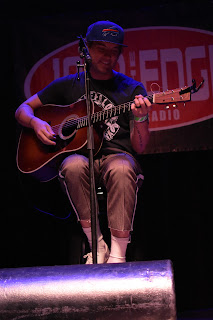 There has been a Judah & The Lion sighting bring some new music to our ears. This is their first new work since their last album in 2017. A quick blurb on the band themselves if you have not heard of them, they mix folk rock and hip hop in an amazing combination that has brought some really great songs that you have probably heard. Songs like Going To Mars and Take It All Back are already some of my favorite songs. Lets see if they have struck gold once again in their latest release.

The EP they released is called Pep Talk + Quarter-Life Crisis. The first song is Pep Talk and its really nothing but an intro to their single Quarter-Life Crisis. Pep Talk itself is actually a pretty good intro, and I could see the band themselves walking onto the stage to start a set with it or something along those lines. I find myself humming it from time to time myself.

The main event to this EP is Quarter-Life Crisis. This is the same old Judah & The Lion greatness that we expect from Judah & The Lion. The song is about turning to friends to help and finding strength in numbers. Judah & The Lion always come out with some of the most inspiring lyrics and that is on display here with:


“All these stories probably should be just for my therapist
I’ve been fighting, hide and try my best not to let you in
I can’t do this all alone”

Other than it having great lyrics, its all around a great song to listen to. Nothing beats jamming out to some bad ass banjo licks.

This makes me excited as hopefully that Judah & The Lion make their way back to Buffalo again, the last time they had a show here they tore the house down in the Town Ball Room which I was lucky enough to cover as one of my very first concerts as a photographer. Along with that they also had a pretty cool acoustic set the night before Kerfuffle 2018 this year which the picture from above was taken.

Check out this song and others if you aren't familiar with Judah & The Lion!