Mohawk Place in Buffalo, New York played host to another amazing show. It featured five of some of the best rising star talents in their respective scenes. Each band had a different sound making this a very unique lineup. Even though they had a different sound it led to a great show the way the bands were ordered where nothing felt out of place, the transition were in my mind perfectly placed, and every band had the right about of time to shine. So lets dig in to this wonderful show. 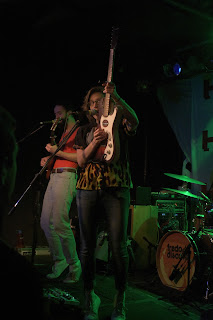 The night started with a band that actually swept me off my feet right away and that was Future Teens. Before they started their set I had a vague idea of who they were and listen to a few of their songs but the absolutely blew me away. The band from Boston, MA put on a show for their Buffalo debut for the early birds featuring the beautiful vocals, great instrumentals, and amazing banter that had me craving more from this very new band.

I actually had a chance to interview Amy and here is the audio from that! 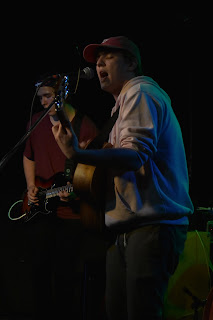 The second band that came on stage was the band I was most excited to see which was Fredo Disco. Fredo sounds more like bands like Modern Baseball and The Front Bottoms so if you are into it as much as I am, give them a listen. They have a very relaxed and a "just have fun" vibe which stems from their music videos and into their lyrics. These vibes translate amazing into the live show as they absolutely blew me away. It was a great transition from Future Teens which was a more Rock n Roll style so the two fit together well.

I also had the privilege to interview Fredo Disco before the show. So check out this audio! 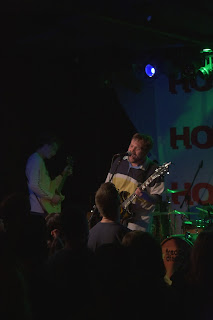 Up next, Kayak Jones! I think there is no better way to describe this as some very emotional and hard hitting music. Their sound is very much inspired from a more Emo sound so check them out if you are into that style of music. To call Kayak Jones electric and high energy wouldn't do it justice and their stage presence still has me in awe while I am writing this. Something I would point out is that the vocals are the stand out with this band as its as strong and powerful as you can get from music like this. 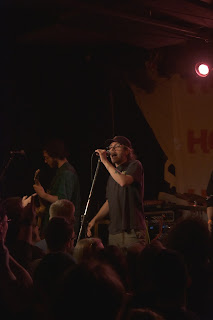 In your semi main event you have a band very familiar to the Buffalo crowd! Belmont makes their return to Buffalo as they where in the same venue last year. This is high energy pop punk at its best and they had the crowd going wild the entire time. The pit opened up for them, the crowd were singing every line of every song it felt like and it felt something special. Belmont is the type of band that it seems Buffalo turns out for so well such as Boston Manor. 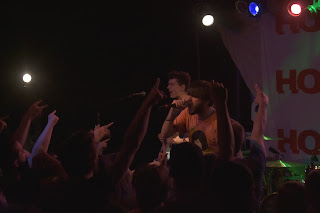 With four bands down it was time for the main event. Hot Mulligan took the stage at Mohawk place making this either the third or fourth time (I'm struggling to remember, help me out party people) to Buffalo. I know that I have seen them three times here in Buffalo, once with Boston Manor, once with Trophy Eyes, and now here on their headlining tour. As always Hot Mulligan delivers their great performance with all the witty banter, hard hitting sound, and of course the mosh pits a-plenty. Even with the crowd tired out from many of the previous acts they hung in there. The Buffalo crowd always give every band 100% at these type of shows but you could tell by the time Hot Mulligan took the stage they were a little gassed. However as the Buffalo faithful do, rounded the bandwagons and we all sang along to great songs like The Soundtrack To A Missing Slam Dunk.

This lineup, even as exhausting as it was to keep up with five amazing and talented bands, was a great lineup for a great night of music. I recommend listening to all of these bands when you get the chance because they are definitely all on the rise.
Posted by Punkstrblog at 12:00 PM