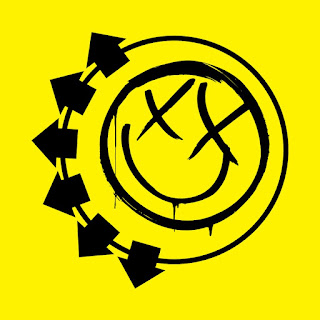 I can't be the only person asking the question, what the hell is Blink-182 doing, right? I must preface this article before going any farther by saying Blink-182 has been one of my favorite bands for a very long time. Growing up and having the influence my music taste has been a pleasure. But the last few things that they have been leaving me asking "what the hell are they doing?"

Now, as I've been sitting on this article for a long while now, I've been wondering how to really attack this issue without just going on a wild, crazy, and incoherent rant. I think I have organized my thoughts together so here we go.

Two long weeks ago Blink-182 announced they were going on tour with Lil Wayne and bringing one of my new favorite bands Neck Deep with them. I was.... interested and astonished. Why.... Lil Wayne? Now I know there is a handful of people who are excited for the two to play together on this tour don't get me wrong, but in my personal opinion this just crosses genres to far and its a huge stretch. I didn't like it when Fall Out Boy did it either and its just my person opinion but I don't think I'm alone.

They celebrated with an attempted cross over between Lil Wayne and Blink-182 in the same spirit as Linkin Park and Jay Z or Aerosmith and Run-DMC have done in the past to bring rap and rock together. Their attempt was.... awful. Lil Wayne just raps his own song "A Mili" in the verses of "What's My Age Again." This doesn't work at all, from Lil Wayne's vocals not matching up with how Blink sounds and its a really poor attempt at what has been shown to work so well in the past. It feels super lazy and it feels like Lil Wayne is having a karaoke session with Blink's music. One of my biggest complaints is that there really is not anything connecting them together and it really shows where they don't combine very well. This isn't Pineapple on Pizza type debate, this is more a universal acceptance that apple sauce doesn't belong on hot dogs.

Okay, sometimes bands stub their toes, this isn't the end of the world right? Well let's check out their next move where they released their new single "Blame It On My Youth." Don't worry fellow readers, I can heard the face palming as I write this. "Blame It On My Youth" is at best an uninteresting and generic alternative rock sounding song. It sounds as if Blink tried creating something that sounds like 5 Seconds Of Summer. The writing of the song feels super lazy and the actual instrumental portions is like I said before very generic. I find myself changing the radio station or skipping the song if it comes up. I think that the generic sound comes from the generic pop sounds that seem out of place in a Blink song. This is a very disappointing lead single for an upcoming album and I hope this song is just really different than the rest of the album or we are in store for a very different and perhaps a very boring album. It would be very interesting that if this album is going to be the experimental album for them, I would like them to do as many different things as possible however I'm hoping for a more inspired sound.

I love Blink-182 and I really want them to succeed but it feels like they are joining a long list of bands who can't stop pushing and changing things when they don't need to be changed. Let's all hope that things change for the good and the next single sounds more Blink-182.
Posted by Punkstrblog at 12:00 PM