Boston Manor And John Floreani Team Up For New Single 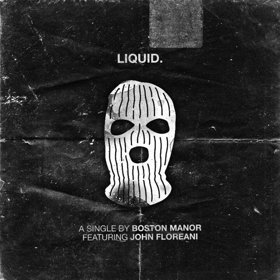 Boston Manor coming hot off their great album Welcome to the Neighborhood has released a new single not to long after in the form of "Liquid." Teaming up with John Floreani who's voice you will find in the great band Trophy Eyes, the released another great song that seems like it could have been right off the previous album or a lead into another great showing from Boston Manor. It features everything Boston Manor is known for with John's vocals just adding so much more to it. A great beat and riffs give the song a great start but it really show that the vocals are in the spotlight here. With it being stuck in my head with the line "I am liquid" which it is on loop in the track has lead me to be listening to it a lot since its release. So the more I listened to it, it slowly went from the usual amazing Boston Manor track where you can't get it out of your head into understanding the song a little deeper than I usually would. It gives me vibes of a very dreamy sound if that makes sense with the synths and guitars the way they sound.

Now I usually post the Spotify player below for most songs i review. However, I believe the music video for this does the job way better than just listening to the song. This is probably the best way to listen to the song in my opinion. Take a look.

Posted by Punkstrblog at 5:00 PM