The Goo Goo Dolls Have A Miracle Pill (Song Review) 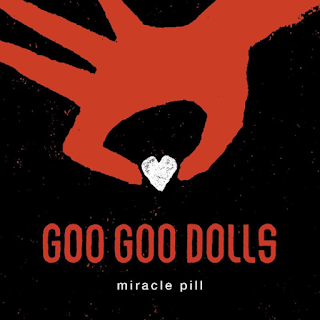 The Goo Goo Dolls have been active since 1985, with massive soft hits in the 2000s like “Iris” and “Slide,” and now it seems they’re trying something new. With the release of alternative rock single “Miracle Pill” (June 21), the band is sounding a lot more modern. Could the Goo’s be going in a new direction for their upcoming album?

The song starts off with an upbeat piano tune matched with lyrics hinting at the message ahead. “What I need is to feel incredible / What I need is a real love chemical.”Right from the top, the track sounds like nothing the band has put out before. The vocals, instruments, and background sounds create something that would sound perfect on alternative radio stations, and there’s no doubt that this song will get plenty of airplay on them soon. As fun as it is to sing along to some of their older songs, there’s something special about this one. It’s catchier and more adventurous. It’s the kind of song that makes you feel powerful, but it does so in a way that is somehow delicate. Musically, it’s a perfect balance.

Johnny Rzeznik sings of a darkness within his life and his desire to find happiness through love (which he compares to a magical pill). It’s an idea that’s a little uneasy to swallow. Love can have an amazing effect on people, but the narrator intends to use it as a way to block out his sadness instead of dealing with his inner demons. He is not willing to put the work into changing his life for it to get better, and he doesn’t want to accept it for what it is, either. The seriousness of the topic at hand is disguised by the vibrant chorus and music.Rzeznik has announced that the new album may be released in September. He has also talked about using themes of “connection, confusion, clarity, love, and hope” for the record. However, he has not indicated any other singles to look forward to.“Miracle Pill” is a strong lead single to kick off new material. If the rest of the album takes on the modern alternative genre as well as this does, then it’s going to be a good one for sure.
Posted by Punkstrblog at 5:56 PM