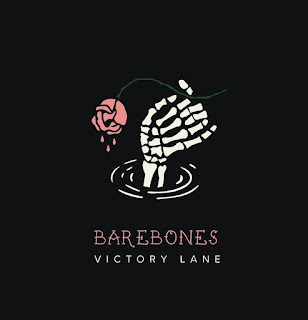 .K. pop punk band Victory Lane from Birlingham and London formed in 2015 and have since released two EPs. The first, Louder than Words, was released last year. The band toured across the country performing it, earning them a dedicated fanbase. Their new EP Barebones just dropped friday!

“Just Personal” kicks off with a catchy guitar riff and only gets better with the chorus. It’s catchy. It’s fun. It’s the kind of song that explains the existence of the “repeat” button.

While all of these tracks are pop punk, each song is distinguishable from the rest and enjoyable in its own way. A few may stick out a little more than the rest, depending on personal taste, but all of them bring something to the table. While “Life Past” is perhaps the most punk, with a fast rock beat and a story of real-life strife, “Firing Line” is the EP’s slow ballad. Each band member shows off their skills on this one. The classic “never getting over you” line is used in a fresh new way. Dan Rowbottom and Dan Lamb boast talented vocals, at times backed only by electric guitar. It’s something we don’t get to hear a lot of in the rock genre, and here it’s a special treat. Throughout the song’s entirety, the singers’ voices fit each other well and sound pleasing on their own. (Drummer Lewis Crawley and bassist Dec Lawrence are pretty great, too).

Victory Lane may be up and coming, but they project a sound that could easily rival big bands like Mayday Parade and The Story So Far. They’re a group of skilled musicians who could really go far.

Barebones is streaming everywhere. Now is the perfect time to check out Victory Lane if you haven’t already, or fall more in love if you have.