Bands You Should Listen To: Sincere Engineer 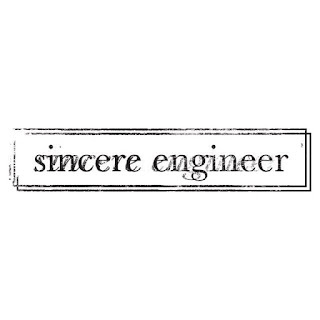 Welcome to my new series on Punkstr called "Bands You Should Listen To" where I recommend a band and tell you about them. We aim to bring light to bands that you might not know. This is one of they many new things we are bringing to Punkstr in an attempt to revive the website after a rough fall has really let this site move to the back burner but are are now back baby! With that being said on to the article.

Last weekend I went to go see one band that has been evading me for awhile now, Bayside. However this article is not about Bayside its about the band that is currently opening for them on tour named Sincere Engineer from Chicago, Illinois. Powerful as they are goofy they have songs that you can bop to whatever mood you might be in.If you like bands like Heart Attack Man, sports., Free Throw or Mom Jeans this is a band I can 100% recommend you and know you will enjoy them. I would say start with the songs "Overbite" and "Ghost In The Graveyard" which will give you an idea of what Sincere Engineer is capable of. Deanna Belos who is the person behind Sincere Engineer who might actually be one of my favorite vocalists I have been able to see live. I hope nothing but success for Sincere Engineer so please give them a listen.
Posted by Punkstrblog at 4:56 PM