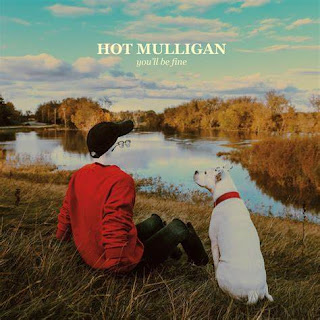 The #1 hot new band Hot Mulligan has done it again. Most bands struggle to find a comparable follow up from their first release often called the "Sophomore Slump." However Hot Mulligan said fuck that and released an album that probably could be album of the year in their genre.

So what makes this album so great? It features another collection of songs that will make you want to jam out while on the flip side cry for a few hours with your head phones on. You'll find yourself playing this album over and over finding more greatness in the lyrics while be caught up in the drums and emo guitar sounds that transport you to another world.

Songs that really stand out to me are "SPS" and "We're Gonna Make It To Kilby!" Now this album is for you if you really enjoy the current pop punk sound which has taken that 90s Pop Punk sound and evolved into something I believe is super beautiful.

This albums means everything to them as they stated and I think it will mean just as much to their fans.