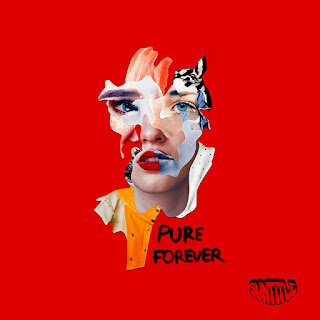 Alternative emo band, Suntitle, from Port Republic, New Jersey, recently joined Know Hope Records for the release of their second EP, Pure Forever. With only two EPs so far, they have already played for bands such as Movements, Turnover, Set It Off, Seaway, Knuckle Puck, X Ambassadors, and many others. As a follow-up to 2018’s debut release, The Loss Of, the band has mustered up a few new strong tracks-each worth listening to. Pure Forever contains songs that prove this band has a promising future ahead of them.
“Big Jawn,” which was released on March 4th with a trippy music video to go with it, hits hard with a captivating chorus and heavy guitar riff. It may be one of the band’s best songs so far. It is sure to be remembered.
“Miligram” is another stand-out, filled with real emotion, particularly anger and pain. In fact, each track is sung passionately and performed in a way that is bound to make its listeners truly feel something. It seems as though these songs were written from personal experiences, which has helped to create an even more authentic sound. There is a certain relatability that each of our sadder selves can connect to.
Pure Forever will be released on April 24th. If you’re looking for a band that you can listen to when you feel like jamming out, or you need a new addition to your sad boy hours playlist, definitely check out Suntitle. They are picking up heat in the alternative rock world, and just like in their lyrics, they “can’t slow down.” 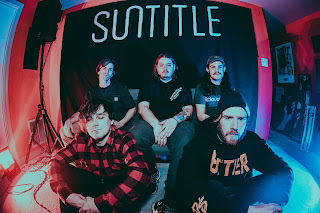 Posted by Punkstrblog at 4:40 PM