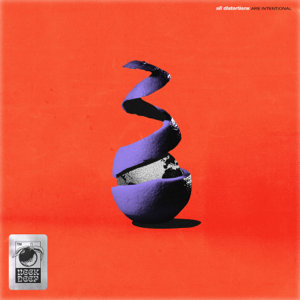 Neck Deep is back and ready to impress with their new album All Distortions are Intentional. In an age where pop punk is not nearly as popular as it once was, Neck Deep continues to contribute to its relevance in a modern era. With clever storytelling and captivating sounds to go with it, this concept album reveals itself to be one of the reasons for Neck Deep’s formidable success as a pop punk band in 2020.

The album, which opens up with the mind-provoking “Sonderland,” (a mix between the words “wonderland” and “sonder”) tells the tale of a guy named Jett. The first track, while already very catchy, is even more fascinating with the knowledge of the word “sonder”- the realization that everyone else in the world is living their own lives, and that these lives are just as complex as your own.

The next track, “Fall,” is surely a standout on the album, focusing heavily on the chorus and mesh of long melodious guitar notes. This is when we discover that Jett is no stranger to addiction with substances, and that he uses them to cope. During one crazy night out, Jett meets Alice, a girl who makes him feel like he may have a chance at a normal life. A glimmer of hope in an otherwise chaotic existence.

“Lowlife,” while not the most musically interesting song on the album, begins to describe how Jett thinks of Alice and his new life that includes her in it. Lyrics like “My dreamworld is Alice and me / My life is one big jamboree” showcase their feelings for each other. They judge other people together and appreciate being outcasts together. It’s all one descriptively colorful party.

A few tracks later, “Quarry” breaks things down to produce a slow, steady beat that eases up on the instrumentals. It’s calming and simple, nearly taking on its own genre. A sense of loneliness is on display, confirmed by the desolate lyrics that match it. Clearly a moment of darkness on the album, the band has stated it to be about Jett’s mental health issues, specifically his bi-polar disorder. It all comes together enchantingly with lead singer Ben Barlow’s spoken-word slow rap toward the end.

After a few more songs (the album has 12 and is 39 minutes long), Jett and Alice’s story comes full circle with a straight-forward talk of death and where we all eventually end up. As tragic as the subject material may be, this track manages to be one of the most beautiful on the album.

While Jett learns how to love and deals with the trauma of his own self-destruction, something about his story is relatable. Whether on a literal or metaphorical level, as listeners, we are all able to feel what he has felt at different points during his life. All Distortions are Intentional is both a reminder of how hard life gets, and a saving-grace for those struggling from all of the real-life devastation going on this year.